The Holy Mountain Athos, the sanctuary of Orthodox Christian monasticism for over a thousand years, which is directly under the spiritual jurisdiction of His All Holiness, Ecumenical Patriarch Bartholomew, is featured on the CBS News program “60 Minutes”. The segment was originally aired last Pascha evening and will be rebroadcast on the evening of Christmas day, December 25, 2011. “The Monks of Mount Athos”, recounts 60 Minutes Correspondent Bob Simon’s journey to the remote peninsula in North Greece that millions of Orthodox Christians consider the most sacred place on earth, Mount Athos.

On the recommendation and with the blessing of Ecumenical Patriarch Bartholomew, who opened the doors for the “60 Minutes” team, and after two trips to the mountain and two years of dialogue with the Anthonite community, Bob Simon and the “60 Minutes” team were given unprecedented access to document monastic life on the Holy Mountain in the Fall of 2010. The result is a portrait of a place rarely seen where prayer has been offered by holy men everyday, with no interruption, for more than a thousand years. 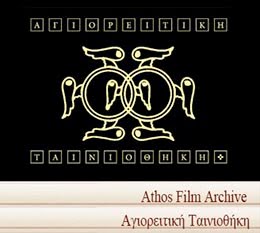